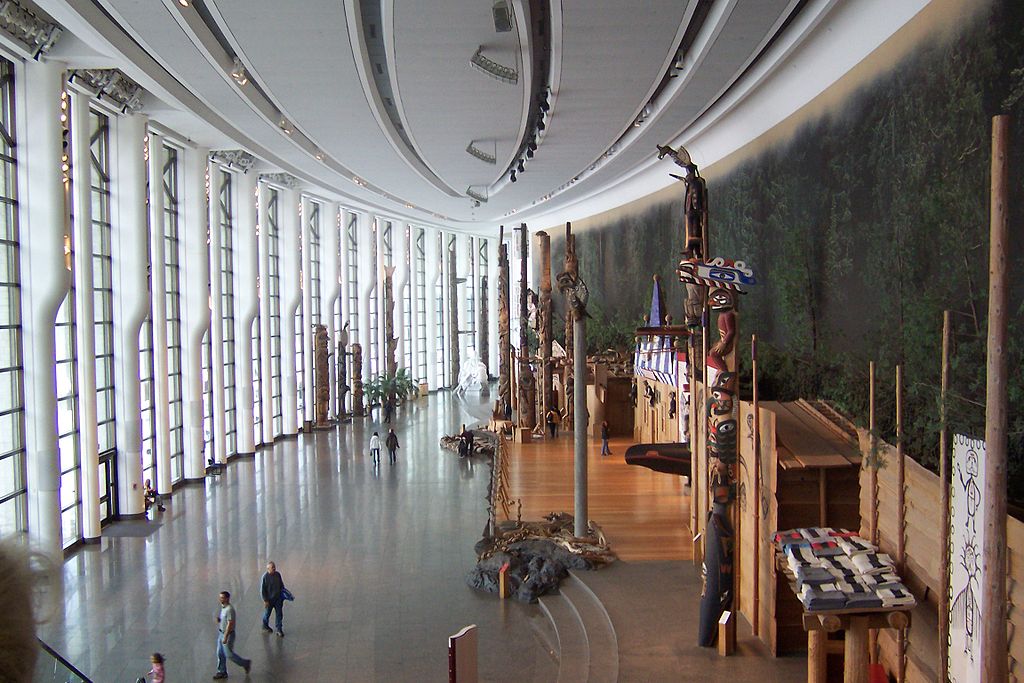 In October 2012, the Minister of Canadian Heritage made public a plan to transform the Canadian Museum of Civilization (CMC) – one of Canada’s most frequented, beloved, and internationally acclaimed museums. With a budget of $25 million Canadian, the Ministry of Canadian Heritage’s proposed transformations that include renaming the museum and changing its mission and main exhibits. This project, presented as a gift to Canadians and as a sign of the current government’s dedication to Canadian history, has been devised, in part, to commemorate and celebrate the upcoming 150th anniversary of the Canadian Confederation. In December 2013, the Canadian Parliament approved the Ministry of Canadian Heritage’s plan, giving assent to transform the CMC into the new Canadian Museum of History (CMH).

On the surface, this transformation may appear to be superficial to the general public. So far, to the public eye, only the name of the institution has changed; the subtle changes in mission, orientations, and – ultimately – museological practices are less immediately visible or tangible. People working in the field of museology, however, are well-aware that a transformation in the name, spaces, and mission of a museum are far from superficial; these changes often come with reorganizations, reordering of priorities, and a reshaping of values and institutional identity – changes that profoundly affect the professional fabric of a museum. Of course, over the course of its history, the CMC has not been immune to change. From its genesis in the collections of the Geological Survey in the early 1900s, to its decades as the National Museum of Man, and finally to its rebranding as the CMC as we have come to know it in 1986, the museum has faced many changes and challenges over the years. Some of these changes were associated to broader reflections on the kind of architecture that would best fit the structure of national museums in Canada, while others echoed academic transformations in the disciplines covered by the museum – especially in light of new sensibilities in the approach to cultures and cultural phenomena. However, unlike these previous changes, the current transformation of the now defunct CMC is primarily political, and is being done in a manner that has little equivalent in the history of Canadian national museums. The new national museum is now said to be more concerned with issues pertaining specifically to Canadian identity, and less with anthropology and ethnography (as it was in the past). Without necessarily arguing that the issues, themes, and events raised by the new museographical orientation of the museum are unimportant, these themes seem to have been selected from the most patriotic repertoire of Canadian history.

Needless to say, it would be extremely naive to believe that museums stand outside political forces; the long social history of museums in the West confirms the ties between museums and power. The case of the CMC can certainly teach us something about museums and politics in our day. What it teaches, in particular, is that politicians and policymakers have come to entertain a profound misunderstanding of the institution, one that is in line with that of the general public: the museum is understood primarily as a place for exhibits. For politicians and policymakers, museums are places where the importance lies in the story that is being told; the rest of the museum’s mission remains abstract, disconnected, or simply ignored. In the case of the CMC (now CMH), it was reported that some of the reorganization processes amalgamated research- and collection-based work, repositioning these activities under the supervision of the vice-president and director of exhibits. As a result, research has lost its crucial place in the activities of the new museum. By misunderstanding the primary importance of research- and collection-based activities, the museum (and museums in generals) has lost its meaning and can now be reoriented in any (narrative) direction the government sees fit.

In recent decades, museum professionals all over the globe have been extremely preoccupied by a number of important new democratic ideals and values, and by the social and political inclusiveness of their institutions. Museums professionals have used exhibits to reach out to new audiences, while also exerting a deep introspection on the type of relationship they want to establish with the broader public. In many countries, the efforts mobilized by museum professionals have produced positive and celebrated results. That said, while museums have perfected the art of outreach and engagement with the public, their outreach to politicians has been, perhaps, more questionable and less apparent. The museum is in the politicians’ eyes no different to how it is in the general public’s eyes – a place for exhibits and stories.

There is no doubt that communication occupies an important part of museum activities and exhibits play a crucial role in the life of the institution. However, the field’s anxiety towards communicating heritage in an ethical and appropriate manner, and educating in a fun and accessible way, has put collections – objects – in the proverbial backseat. The result of this anxiety has been a political weakening of the museum. The time has come to educate politicians and policymakers, to help them see the other crucial parts and components of the institution. Collections, artefacts, and objects have an important place in the museum. The more a politician understands the importance of a collection, the better equipped he or she will be to understand the nature of the institution. Collections have a radical potential – their provenance and their presence, the fact that we have to protect and deal with them, is at the heart of the inclusive museum project that professionals have long fought for; it is this reality that needs to be returned to the forefront of museology. The CMC’s case is a symptom of the current political perception of the museum – one that is disconnected from research and collections. The promotion of research and collections and efforts to better explain the museum to key policymakers and the broader public are essential to the preservation of the institutional coherence of our national museums.

While I wish the CMH the best of luck, and trust its professionals to fulfill the task of developing an institution that represents Canadian history and society, the case of the CMC is sad in my opinion: it is sad for Canadians, and sad for the internationally acclaimed Canadian expertise in the field. Anthropology museums and ethnographic collections have always been the pride of wealthy, prosperous, and open nations. The recent transformations made to the CMC undermine the value and recognition of our ethnographic collections, relegating this aspect of our museology to the background of museum activity. As of now, Canada is the only G8 country that does not have an anthropology museum.