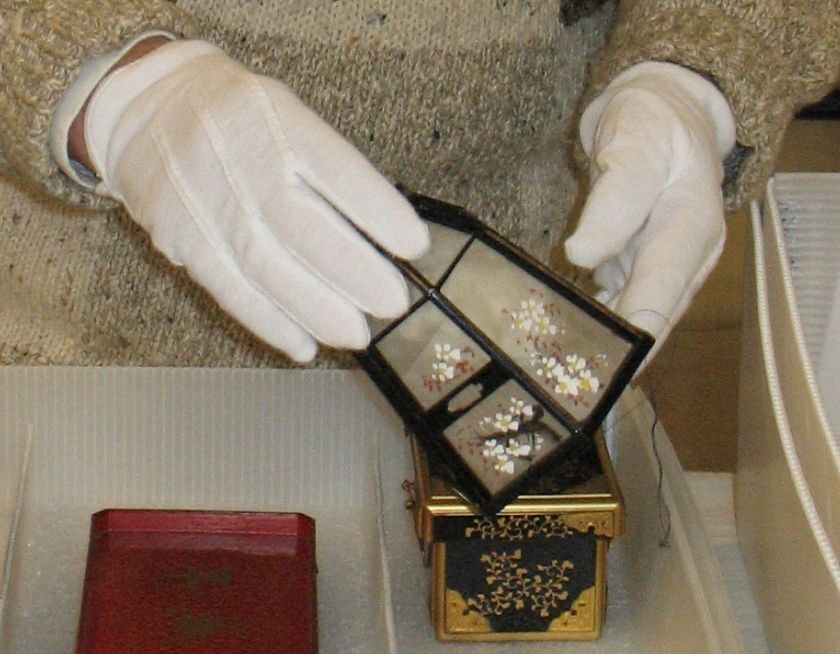 „How much politics is there in the work of a registrar?“ asked Katrin Hieke from this very blog via twitter.

My first, light-hearted thought was „not much“. We are not curators, so it’s not up to us to create exhibitions that raise questions or put a spotlight on important social or political issues. We are not directors, so it’s not our responsibility to decide how to deal with politicians and the current public opinion. We are not administrative officers so we don’t have to worry about how to stay in accordance with governmental guidelines. We are not marketing people, so it’s not up to us to sell what our museum does in all aspects mentioned above. We are there just for the well-being of our collections, to let logistics flow smoothly, to keep the paperwork together. What an easy, non-political job.

But is it true? The first sign of doubt appeared when I thought about all the awesome colleagues I know around the world. You would think that someone responsible for preserving collections for generations to come is generally a conservative. Well, he/she might be, but this is neither a necessary nor a sufficient condition for a registrar. I know right-wing and left-wing registrars, at least one that is very active in the respective town council, some glowing unionists, at least four who are or were engaged in staff councils, some who state that they are absolutely non-political, practicing and non-practicing Christians, Buddhists, Muslims, Jews, Atheists, Agnostics… all shades of people and political and religious convictions.

Then, is it really a job that has nothing to do with politics? Being a registrar often means to educate oneself about laws and restrictions in other countries. We have to bring artwork or natural or cultural heritage from one country to another, in accordance to the laws of both countries – or more countries if there are interstations. Copyright, shipping, taxation, custom regulations… you learn a lot about the mindset of a government if you have a look at their laws and policies.

When you work as a registrar, you are often in close contact with your counterpart in the other museum in another country. We all know that politics look rather easy in the media. There’s black and white, good and bad and, of course, your country is always on the right side. It all looks pretty logical and objective. Then you talk to someone from another country. And suddenly it’s not that easy at all. There are aspects you never heard of in your country. There are other points of view. There are many shades of grey. And, most important, suddenly there is a human counterpart you are automatically closely related because she/he has the same responsibilities. And this colleague has to deal with current issues that were so far only a piece of news on the radio. Even if you claim to be an apolitical person that’s the point where you become involved in politics. You are forced to form your own opinion and realize that’s not an easy task.

But that’s still a passive involvement in politics. You can form an opinion by sitting in front of your computer or on your sofa, in a safe place far away from the real problems in other countries. Other colleagues are not so lucky. The job of a registrar is to safeguard his or her collections. Therefore we develop disaster plans and all sorts of emergency preparedness policies. But in critical political situations the registrar finds him- or herself in a difficult situation. Safeguarding cultural heritage can become risky. Especially as the registrar might be associated with the powers the popular opinion rages against. We all know that reason is absent when things get hot. So a registrar that tries to convince an upset crowd not to loot their own heritage might well be a victim of a movement he or she generally sympathizes with. I wish those were theoretical considerations, but… the Iraq Museum, the Malawi National Museum in Egypt, the Library of Timbuktu, the list of looted and/or destroyed heritage sites goes on and on. The only positive aspect – if you dare to talk about positive aspects when people are killed and heritage is destroyed – is that among those who tried to stop the looting or save the artifacts are not only registrars, not only museum staff members of all ranks but common people who just did what they considered right. So, the duty of a registrar, to protect natural and cultural heritage is indeed something people can relate to and not something only some ivory-tower experts think is important.

So, dear Katrin, how to answer your question?

On the surface there is not much politics involved in the work of a registrar. But if you look close, there are many aspects related to politics. If you talk to a registrar chances are high that you will find someone who knows a little more about bureaucracy and politics in one or more other countries.

And: while he or she might defend restrictive museum policies and procedures, I seldom met a registrar who had a simplistic world view. The job requires to be detail-oriented and thoughtful and this excludes to fall for simple answers and solutions. Because the job requires to think ahead and consider things that might go wrong in the far future, for the registrar sustainability is not a political buzzword but a matter of course. Taking this into account, I’d say that most of us think political in the true sense of the word – we think about the community we live in and work for. And while there are few registrars in politics, most of us are not as apolitical as we tend to think we are.

* The term „registrar“ is used here as an umbrella term for people working in collections management and museum documentation.