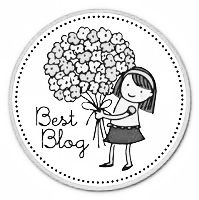 A few weeks ago we were lucky to receive the BestBlog Blogstöckchen from another international project: the Registrar Trek, along with 11 questions.

1. How did you get the idea of setting up the blog?

Once upon a time – last summer, to be more precise – Kristiane and Katrin met for a chat in a café in Bonn, Germany. Some months ago we had worked together in Minsk, Belarus, and wanted to catch up on things. We talked about museums, ICOM, museum conferences, blogging experiences and international networking. And we discovered that we would like to explore how we could improve knowledge transfer, foster new connections and networks among our many colleagues worldwide and make ICOM and its work more visible. Thinking of the next conference co-hosted by ICOM Germany, we eventually came up with the idea of setting up a blog to try all this. We wanted to create a space for international conversation that everybody worldwide has easy access to and where it is easy to participate and exchange ideas way before and also after the conference and also among those, that for any reasons can not attend the conference.

Having this in mind, we started to share the up-to-then only rough idea with colleagues from the ICOM national committees co-hosting the conference who might want to join us on this daring journey. Linda from the US with her experiences both in international museum work and blogging was excited to  join us; and soon after Irina from Russia completed our team of four.

2. How do you organize the collaboration across language barriers?

As all of us have been working internationally already, we soon discovered that English Google Docs for some organizational stuff, Google Hangouts for some face-to-face conversation as well as occasional E-mails work for us. To allow some deeper discussions, we sometimes add extra phone calls between some of us in German and Russian only. Linda finds she receives–and greatly appreciates–the patience from her multi-lingual colleagues as a mono-lingual speaker  (but says, Katrin, she has to compensate this with a good deal of tolerance for mediocre English and proofreading for important stuff). And yes, automatic translation tools helped too.

3. On which project(s) you are working on right now?

For the blog we are constantly on the lookout for new contributions, gathering information for our Weekly News Roundup and sharing information and stories on Twitter and Facebook.   Soon the program for the conference will be announced and we look forward to blog posts and interviews from session speakers.  One goal is to have guest contributors from every continent, so for those museum colleagues not from Europe or North America, we are waiting with great anticipation for you!

In addition to the blog, we all have different projects. Linda is working on re-interpretation of the Harriet Beecher Stowe House, family programming at the Rosenbach Museum and Library, and interpretive planning for the Winter Olympic Museum in Lake Placid, NY.  Kristiane is part of the curatorial team preparing an exhibition in the German Historical Museum in Berlin on the First World War and is working in projects dealing with the memory of WWI in Russia. Irina commutes between Moscow and Rjazan as a consultant concerned with questions about museum science and museology. Katrin is working for the Ice Age Europe network, is part of a group of experts consulting the German Sports and Olympic Museums on its further development and doing research for her PhD project on museum history.

The post “Our History Museums will include the Events of These Days” the interview with Ihor Poshyvailo (15.12.2013) was very impressive for us. It was the opener for our discussion about the current events in Ukraine, Crimea and Russia and how they concern us as museum professionals. It was also the beginning of the challenge of multinational approach to this question within our team, being from Germany, Russia and the US.

5. Which posts received the most impact/ feedback?

This is not easy to answer. In terms of most visitors/ readers, it is the post that asks about our perception of the people that come to our museums, written by Linda.  In terms of interaction on Facebook, Twitter and the blog itself, we also received lots of feedback on other posts including one that challenge the concept of free admission or the statement from ICOM Russia on the situation in Ukraine. But we know that many posts and discussions spread beyond our view, so we are happy to see that our idea seems to work and so many are interested in the topics raised.

6. Which museum blogs do you find particularly successful?

This is a tough question, as all of us read many blogs and each one is special in a certain way. So Katrin would rather like to state a podcast here, which is the fab Museopunks hosted by Suse Cairns and Jeffrey Inscho. Kristiane particularly enjoys the Stadel Museum’s blog, maybe because it was one of the first very active blogs on museum questions. She also likes The Future of Museums very much and, from Russia, this blog on Russian Museums.  Linda’s a fan of Jasper Visser’s Museum of the Future (and was thrilled to meet him in person earlier this year), and of course,  the museum blogger who taught us all about museum blogging and who continues to challenge our assumptions,  Nina Simon at Museum 2.0.
7. Which recent exhibition did you like the most?

Kristiane was impressed by the exhibition “1914” in the National Art museum in Riga, Lettland. She especially liked the concept, which shows art from the war and after in combination with historical documents on individual war experience and contemporary art. The exhibition wants to be a statement on the current discourse of european identity discussion regarding WWI as starting point, an original impact on the 100th anniversary of WWI.  Katrin always loves coming back to the Neanderthal Museum in Mettmann, but her latest visit was to the Museum of Communication in Berlin – a great place with many good exhibitions and fantastic staff that really make you feel welcome.  A tour, not an exhibition for Linda, who wrote about the hands-on tours at the Rosenbach Museum on her own blog, The Uncataloged Museum.

8. Which current trends in the museum field do you find particularly interesting?

Kristiane is interested in the concept of participation, which invites visitors and non-visitors such as residents from their surrounding communities to take part in different projects, exhibitions or just entertainment in the museums to develop the museum to be not only a cultural but a social and maybe even political institution. Linda agrees – the changing role of museums as a part of communities (both local and global) is of real interest.

9. If the blog team would have the opportunity to found a museum with unlimited financial resources, which would be the topic/ content?

Judging by our interests, it surely would be a multi-section museum, with great community work,  including team members from different countries, disciplines and forms of exhibits – an “Intermuseum” between and across borders.

10. Which three objects would be in it in any case?

Kristiane wants to have the manuscript of the book by Neil MacGregor “A History of the world in 100 objects” to show the great idea of what means museum: see and feel original objects, combining countries, individuals and different disciplines.  Linda would love to build into the museum the concept of the Human Library, so we can all continue to learn from each other, rather than just about each other.

Maybe it would be a floating one or a virtual museum on the internet. In case of a physical version it would occur in different countries at different times collecting people to discuss and add their exhibits–like perhaps, the Museum of Broken Relationships. Linda saw a traveling version of the museum with local contributions in Amsterdam earlier this year; Katrin got the chance to visit the home museum in Zagreb last year.

We look forward to hearing from the three new bloggers.  Here’s what you do.  Answer the questions in a blog post on your blog, they can be adjusted if necessary. Include the Best Blog Award Image and link the post to this blog and the post from which you did receive the Blogstoeckchen. Write 11 new, playful questions and pass on the Blogstoeckchen to three bloggers of your choice. Here’s our questions for you!