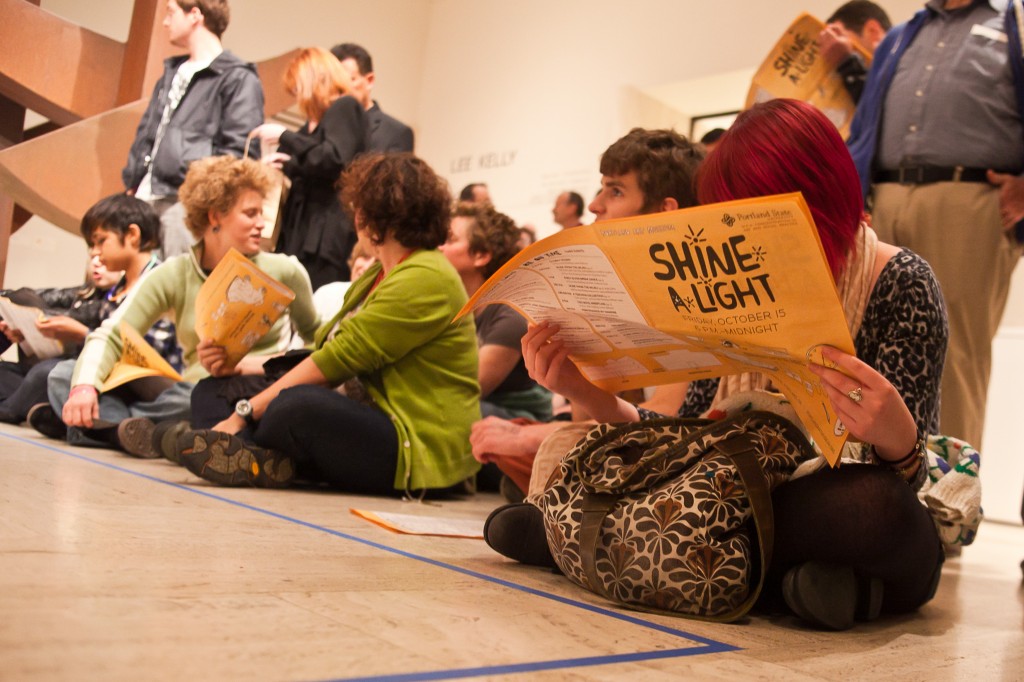 The 9/11 Museum’s Gift Shop is controversial, but the Guardian actually spoke to museum visitors about what they purchased there.  What they purchase–and the reasons why– might surprise you.

The Berlin Senate considers the controversial plans for a “Body Worlds” Museum in the basement of the television tower in Berlin to be a private affair: “The planned museum is a private museum and is […] not set up on public land,” they say. As long as no fundamentally unlawful aspects play a role, the Senate holds back with judgments on exhibitions.” The tourism agency Visit Berlin, the CDU party as well as churches in the surroundings strongly speak against this project.

On June 6, Portland Art Museum’s fifth year of Shine A Light asks audiences to rethink what is possible in an art museum.  Dance, karaoke,  healing rituals and arm wrestling with artists are just a few of the artist-generated projects on tap

How to save money and not to close a museum?

The German Historical Museum opened one of the central German exhibitions in WWI.  To see images of the exhibit.

From 3 to 9 June in Moscow will host museum festival “Intermuseum”. Festival of Museums for 15 years and is a major event “card” Russian museum community. It enables museums to present their own achievements and to draw attention to the activity of cultural professionals and business communities around the world.

Between the two significant dates – May 9 and June 22 – An international academic exhibition project “Arise, great country …”. In the Central Museum of the Great Patriotic War – works created primarily for the last 15 years. This is an attempt to rethink the events of 1941-1945.

Detroit’s financial woes continue;  another appraisal of the financial worth of the Detroit Institute of Art’s collection is planned in response to complaints raised by the city’s creditors.