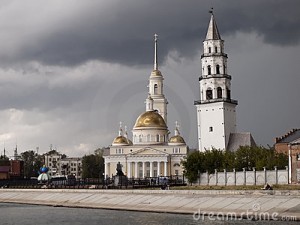 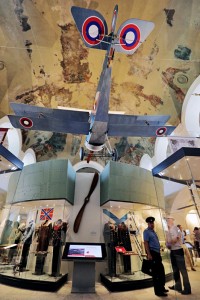 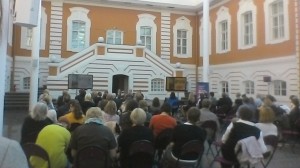 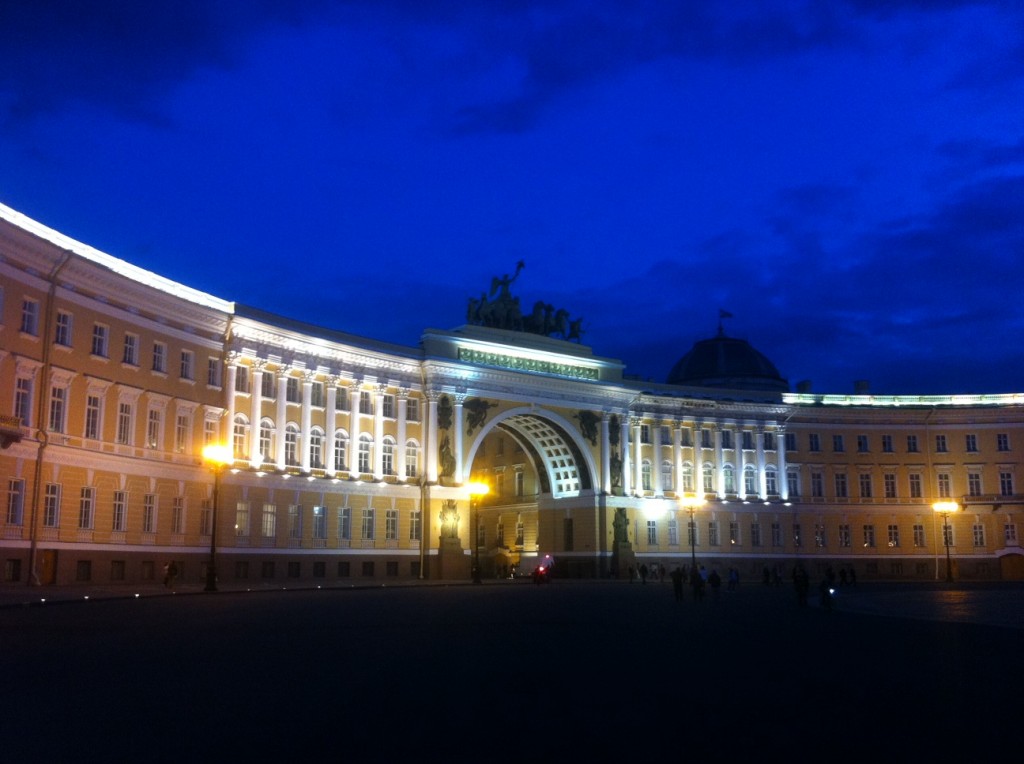 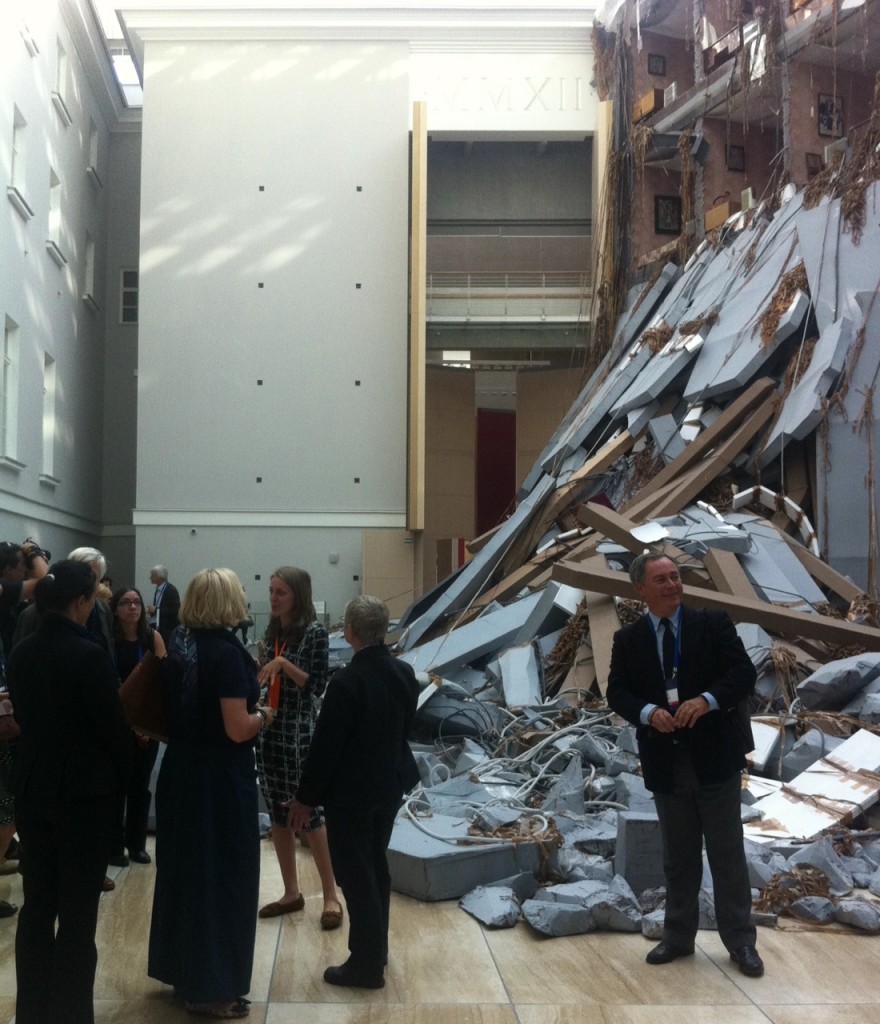 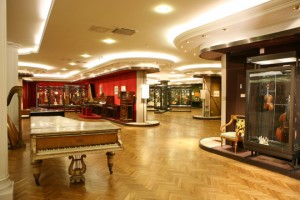 Michail Bryzgalov, director of the State Glinka Museum in Moscow, will present a session at the conference exploring what museums of musician culture and politics have in common. Since politicians are using increasingly „soft power“ – culture, political ideology and foreign affairs – as means for reaching political aims, museums also can benefit from this concept as the author will demonstrate by presenting projects and concrete examples out of the Russian museum association for music culture. 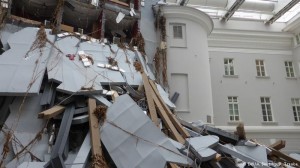 The European art biennial Manifesta is hosted by St. Petersburg this year. Until the 31st of October the Hermitage presents works of international contemporary artists, curated by Kaspar König. His choice of this year’s place had been strongly criticized and the beginning of the Ukraine crisis has continued to aggravate this debate.The American artist Sean Snyder and the Ukrainian cultural scientist and professor of Cultural Studies at the national University of Kyiv-Mohyla Academy, Olga Bryukhovetska, reflect on the Manifesta and the power of contemporary art in the light of the Kiever Majdan protests. The text was published first in the magazine of contemporary art and culture „frieze“ no 164 (June, July, August, 2014).

‘It is by refusing to turn Russian money into cultural capital that we can get the point across that Putin’s policies are beyond the pale,’ wrote Jonathan Jones in a Guardian blog entry entitled ‘Let’s Hit Putin where It Hurts – All Artists Must Boycott Russia’, posted in early April. In fact, by that point, discussions around a boycott of the Kasper König-curated Manifesta 10 – slated to take place in Saint Petersburg from 28 June to 31 October – had been ongoing for several months, initially prompted by the Russian authorities’ oppression of dissidents and lgbt rights activists, and subsequently fuelled by events in Ukraine, with Russia punishing the country for the democratic victory gained during the recent Maidan protests in Kyiv. While the Polish artist Paweł Althamer, the Romanian artist Dan Perjovschi and the Saint Petersburg-based collective Chto Delat? have already declined to participate, the evolving situation in Ukraine compels everyone involved in Manifesta 10 to take a stance on whether or not to collaborate with Russia’s rich and powerful.

The word maidan – square – has come to define a revolutionary, self-organized people defending their rights. Since 1989, when students demanding Ukrainian independence from the Soviet Union occupied Maidan, major protests have always taken place here. In a bid to inhibit mass protest, the square’s lavish open spaces – typical of late-Soviet design – were remodelled in the early 2000s: kitschy sculptures were installed and glass domes rose up from the new underground shopping mall, impeding movement. These precautionary measures failed dramatically, however, when allegations that the election of the country’s Prime Minister, Viktor Yanukovych, had been corrupt resulted in the Orange Revolution of November 2004.

The latest Maidan protests, which began on 21 November 2013, saw the site reconfigured as a stronghold for protesters, who occupied the square with tents and tyre barricades. Art was a significant presence from the outset, with students from the nearby Kyiv Conservatory carrying a piano into the square and playing Chopin for the crowd despite freezing temperatures. The protestors, a number of whom were artists, designed posters, painted helmets and graffitied slogans around the square. END_OF_DOCUMENT_TOKEN_TO_BE_REPLACED

This blog has already provided many important and interesting suggestions for my conference talk. Thanks to all colleagues for their comments to my contribution on German Russian museum relations. However, also many other contributions and comments have inspired me. Today I will share my theses and again I am looking forward to further impulses. 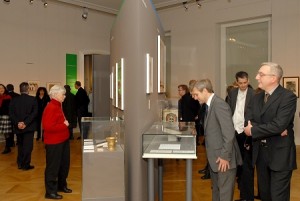 Exhibition “Our Russians – our Germans”, 2007 Berlin

German-Russian relations are not at their best. Recently, the crisis in Ukraine, tightened controls of the political foundations, and continuous discussions about the development of the civil society and the human rights situation in Russia have been straining the [mutual] relationship. Even the otherwise always prospering business community complains about decreasing turnovers and in the cultural sector rifts are clearly visible despite claims to the opposite by the German state-minister for cultural affairs.

History shows that such periods of estrangement have repeatedly occurred in the past in spite of a generally good relationship. The low point of course was the catastrophe of German policy of extermination in East Europe during the Second World War. This tragic period is documented by the German-Russian museum in Berlin-Karlshorst. It is, besides the Allied Museum, a unique institution of international museum cooperation in Germany. The importance attributed to the German-Russian relationship by the German Federal Government is shown by the fact that it is one of the very few museums fully financed by the Federal Government. END_OF_DOCUMENT_TOKEN_TO_BE_REPLACED

We should deal with the museum as a „polycentric institution“, not only with special fields of museum work. This is the main thesis of Anatolij A. Budko, director of the Russian Museum of Military Medicine in St. Petersburg, our conference city. He will be a conference speaker, today he shares his thoughts about a more global approach to museums with us. How can we analyze the museum with its social functions in changing societies as a whole?   How can we identify specific Russian characteristics that might have universal application? 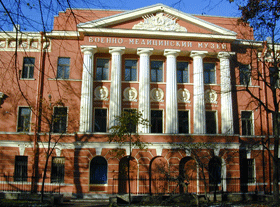 Concept approaches towards museum activity in use till nowadays have interpreted not a museum but only separate elements or the reasons of its existence, which are used by different not even related to each other fields of science and cultural practice. While analyzing a museum as a cultural phenomenon attention has been focused on one or several aspects of admitted importance.

This approach in its essence is an overweighted one and forms a monocentric museum model that does not allow viewing a phenomenon of a modern museum with all its changing social functions. As a result the crisis of museums as a social institution is being talked about. In the cultural sphere museums tend to be reserve and self-sufficient that prevents them from the necessary adaptation to the changing conditions of the “one time” world. END_OF_DOCUMENT_TOKEN_TO_BE_REPLACED

Please note: the original versions of the posts should be available when clicking back to English (default blog language).
Supported by