Hello!  We are Katrin Hieke and Kristiane Janeke from Germany, Irina Chuvilova from Russia,  and Linda Norris from the United States.  We have initiated this blog with support of the ICOM committees in Russia, the U.S. and Germany as a run-up to the tri-national conference, Museums & Power in St. Petersburg, Russia in September, 2014. 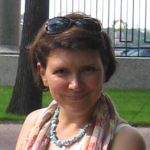 DR. IRINA CHUVILOVA graduated from the Russian State University for the Humanities, museology faculty (Moscow) and worked at Art and Theatre museums. Since 1994, she is researcher at the Department of Museum Studies of the Russian Institute for Cultural Research, and currently also the Head of the Department. Irina is a member of ICOM, the ICOFOM committee and a member of the Scientific Council on Museums of the Siberian branch of the Russian Academy of Sciences.
She is a member of the team of authors of the edition «The Russian Museum ENCYCLOPAEDIA» (2001; 2005), «Fundamentals of museology» (2005; 2008; 2013); «Dictionary of the actual Museum of terms» (2009), the anthology «Museology idea of Russia» (2011); and the author of over 60 publications on museology. In 2011-13 Irina was project manager for the Study of the Museum Audience project. Her scope of professional interests are connected with scientific researches in the field of theory and history of Museums. 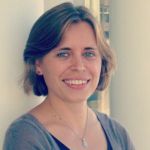 KATRIN HIEKE is a cultural anthropologist and arts manager and is currently completing her PhD research in museum studies. She was trained as museum consultant and exhibition planner. Since 2008 she is an independent museum professional (both freelance and for projekt2508 Group) where she works on projects including museum and tourism marketing and international museum networks. Since January 2013, she is head of the project office of Ice Age Europe – Network of Heritage Sites with 15 member museums from across Europe. Katrin is guest speaker and lecturer at national and international conferences and seminars and mentor for young professionals in the cultural sector. She has just been elected as board member of ICOM Germany for the period 2014 – 2016. 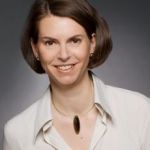 DR. KRISTIANE JANEKE studied history and Slavic studies in Bonn, Berlin and Moscow and was a fellow of the Graduate Programme for International Affairs supported by the Robert Bosch Foundation. Since 1995 her work focusses on historiography, museum studies and exhibition management with projects in Germany, the U.S., Russia, and Belarus. From 2006 to 2008 she was director of the German-Russian Museum Berlin-Karlshorst. Kristiane is head of Tradicia History Service working as an independent historian, curator and cultural manager in Berlin and, additionally, between 2010 and June 2013 in Minsk, Belarus. Her recent projects have included exhibitions and publications on contemporary history, memory and cultural remembrance, intercultural communication, German-Russian and German-Belarusian museum and cultural relations. During her time in Minsk, she wrote a blog about museums and the cultural landscape in Belarus. 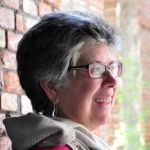 LINDA NORRIS is an independent museum professional working both in the United States and internationally. She is co-author, with Rainey Tisdale, of Creativity in Museum Practice (Left Coast Press, 2013).  Linda writes the widely read blog The Uncataloged Museum. As a Fulbright Scholar to Ukraine in 2009 and 2010, she worked with museums throughout Ukraine on issues of audience engagement. She has continued to return to Ukraine to work on projects including an assessment of an outdoor history museum, the development of exhibits, and a residency focusing on Soviet industrial heritage in Donetsk.  She has presented internationally, most recently at the Education + Creativity conference at the Museo Thyssen-Bornemisza in Madrid, Spain.  Her recent North American projects have included interpretive planning for the Harriet Beecher Stowe House, curriculum development for the American Association for State and Local History,  workshops throughout Newfoundland, Canada and professional training for guides at Context Travel in 24 cities worldwide.


Please note: the original versions of the posts should be available when clicking back to English (default blog language).
Supported by